Site-Specific Installation realized at the Accademia Albertina in Turin during “Proposte – 2007” curated by A.tiloto.

Inspired by a phenomenon of quantum physics called “Entanglement” according to which the behaviors of two particles are inextricably linked even if they are light-years away. The installation shows how different fragments of distant realities are connected by an invisible thread that stirs the balance in an upside-down reality.

A parachute opens in reverse and remains suspended. Another one adheres like a thin membrane to the facade of the building. Fleeing upwards and fluttering towards the ceiling, the grass of a meadow is compressed into a linear plexiglass capsule, while a tennis ball imprisoned in a metal cage reveals its rubber core.

Different elements united by the desire, symmetrical and specular, of changing shape and preserving a global equilibrium. 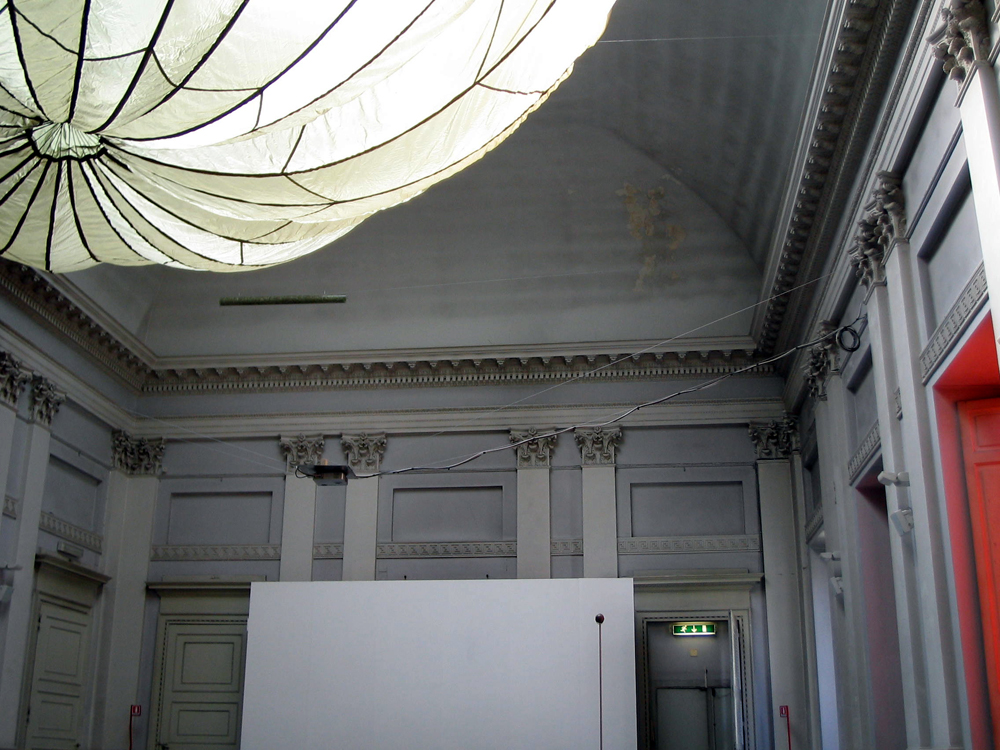 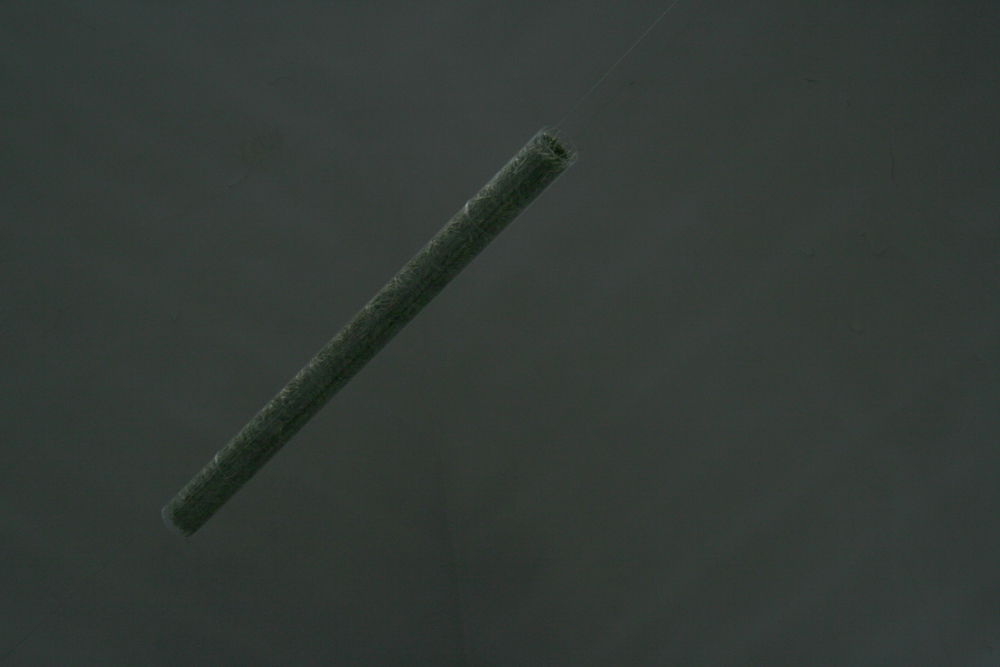 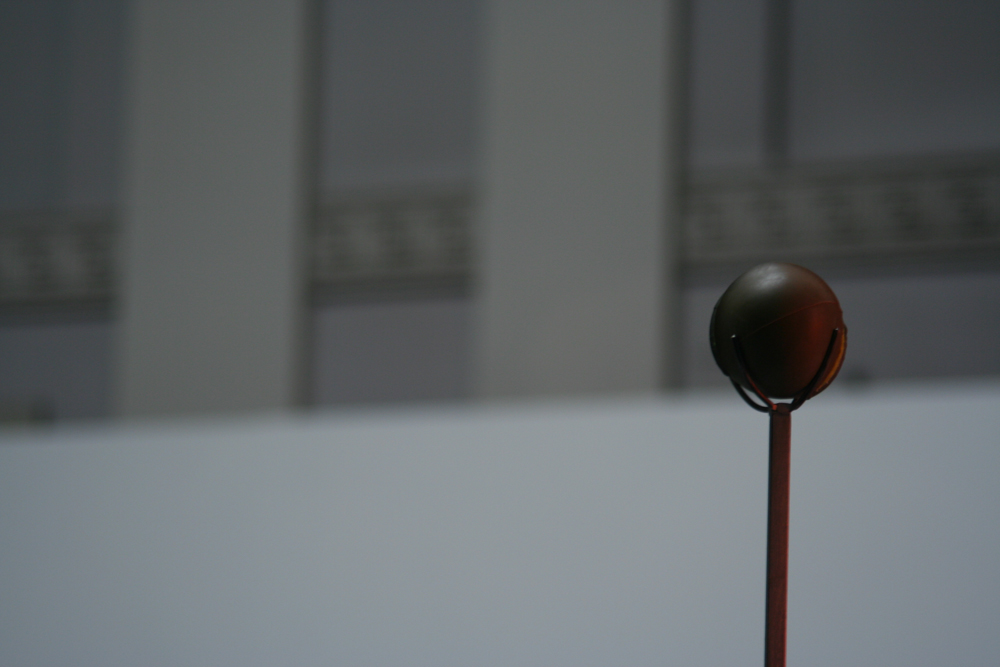 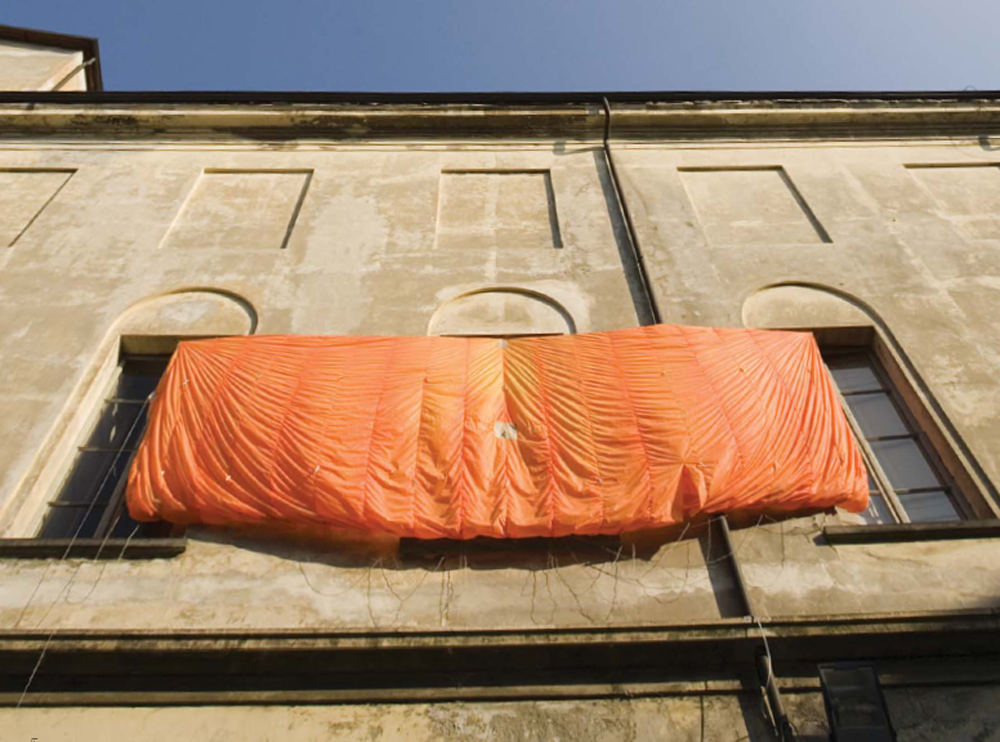 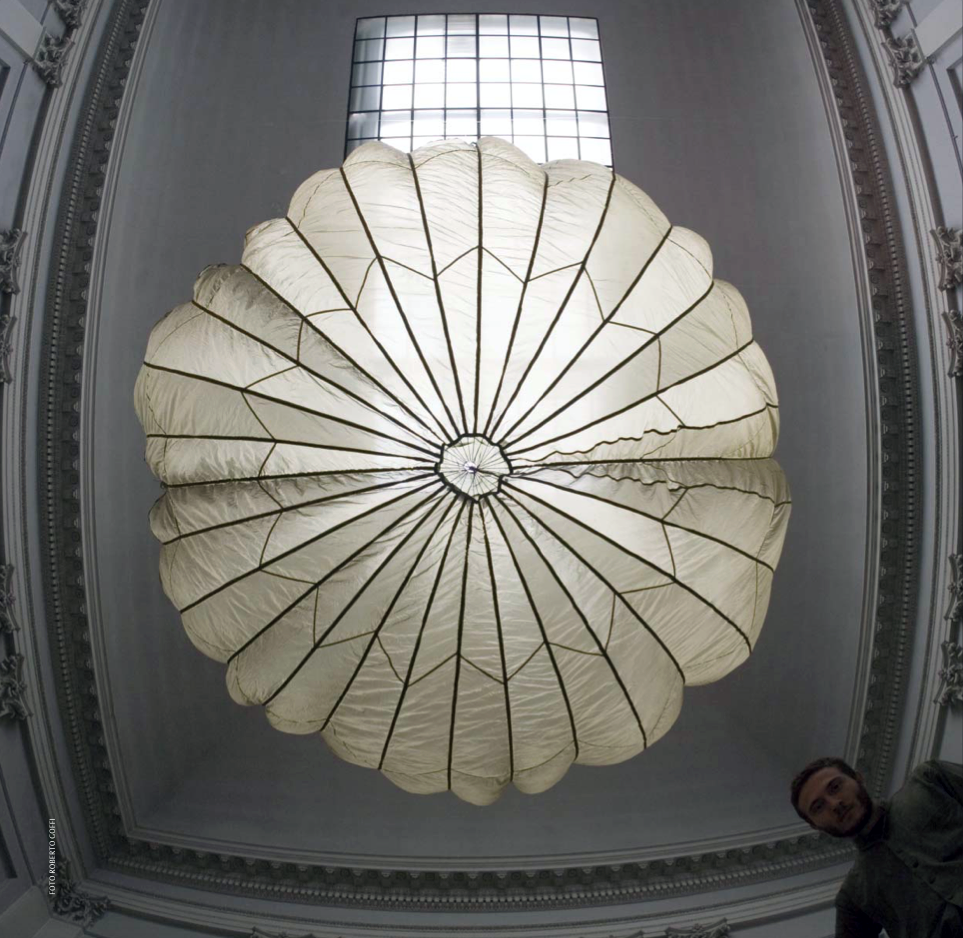 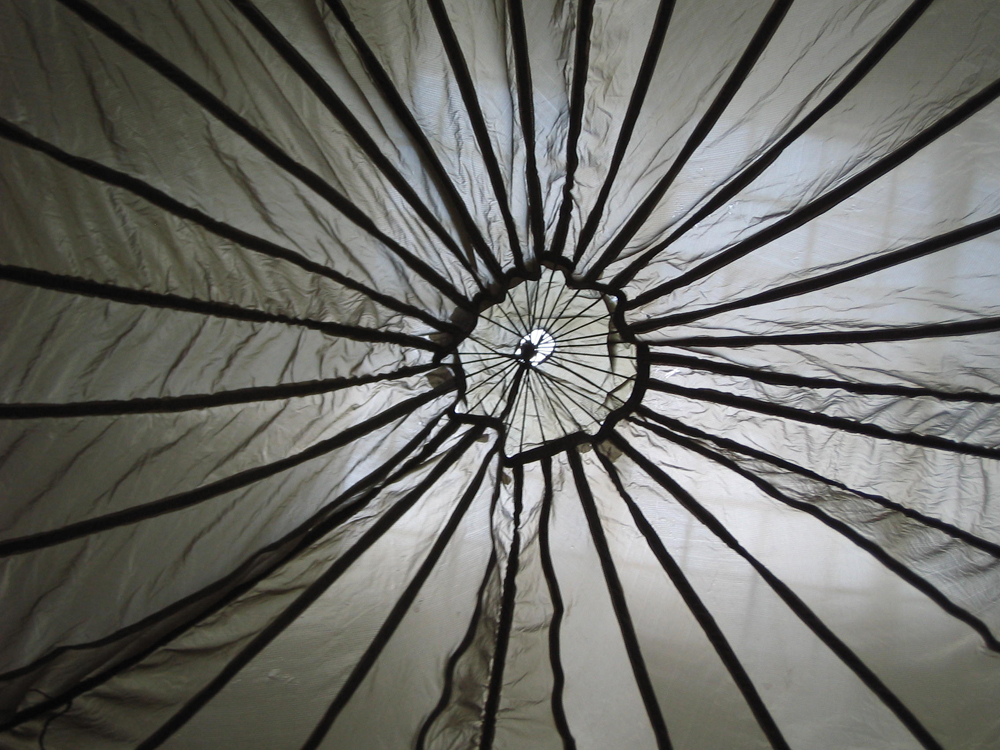