The Messengers of Gravity – quantum leaps in translating physics into art – is a prismatic publication – catalogue, ideas-book narrative essay – dedicated to the dialogue between contemporary science and contemporary art, inspired by the research and artistic production of Luca Pozzi, from 2007 to 2015. Pozzi’s practice is based on a close relationship between the production of images and objects, theoretical physics and computer science.

Humans, as crucial elements of planetary development, are messengers of gravity – but they are also messengers of information: the medium by which expansion of the species in the noosphere is guaranteed is the production of knowledge, that will be very soon identified as a whole with production of scientific knowledge.

That’s why every time that a research does not address this subject is technically a lost opportunity – and that’s why every visual message that attempts to translate and amplify signals of this self-consciousness is welcome. Luca Pozzi is an artist lent to science, but rather a scientist subject to continuous action of teleportation in the territories of visual expression.

Michel Serres, who among other things is also one of the great explorers of contemporary scientific thought, he defines, ‘almost objects’ balls of American football, or other sports. So it is tempting to believe that Luca Pozzi’s work, in which the tennis ball plays a talismanic role, is a brilliant example of an artist being a quasi-object, in the process of curating the unstable relationships between objective description of the world (‘science’) and subjective interpretation of the world (‘art’).

Each group of works is accompanied by the Wikipedia definition of scientific theory of reference, by a short introductory text that illustrates an aspect of the artist’s poetics, in a specific act on the works and by a message in the form of spam directly to the artist. Reading across all Wikipedia definitions, all introductory texts or all the spam messages, the player can build different representations of the same content, it can also be accessed in more specific chapter by chapter and by references to external theoretical contributions.

The backbone of the book is constituted by ideas provided by some precious international voices on these issues, produced as a result of dialogue with the artist: Ute Meta Bauer, curator (Documenta), director of institutions such as the Royal College of Art and the CCA in Singapore ; Carlo Rovelli, scientist and author of best-selling books of disclosure of theoretical physics, Sabrina Tarasoff, Swedish curator and critic for Art Agenda, Frieze, and various other magazines, and Gianluigi Ricuperati, writer, director of Domus Academy and editor of the book.

To complete and enrich the volume, an interview with John Brockman, founder of Edge.Org, one of the most important meeting places of the scientific and humanistic culture, conducted by Hans-Ulrich Obrist, co-director of Serpentine Gallery and legendary curator obsessed by conversations between disciplines. 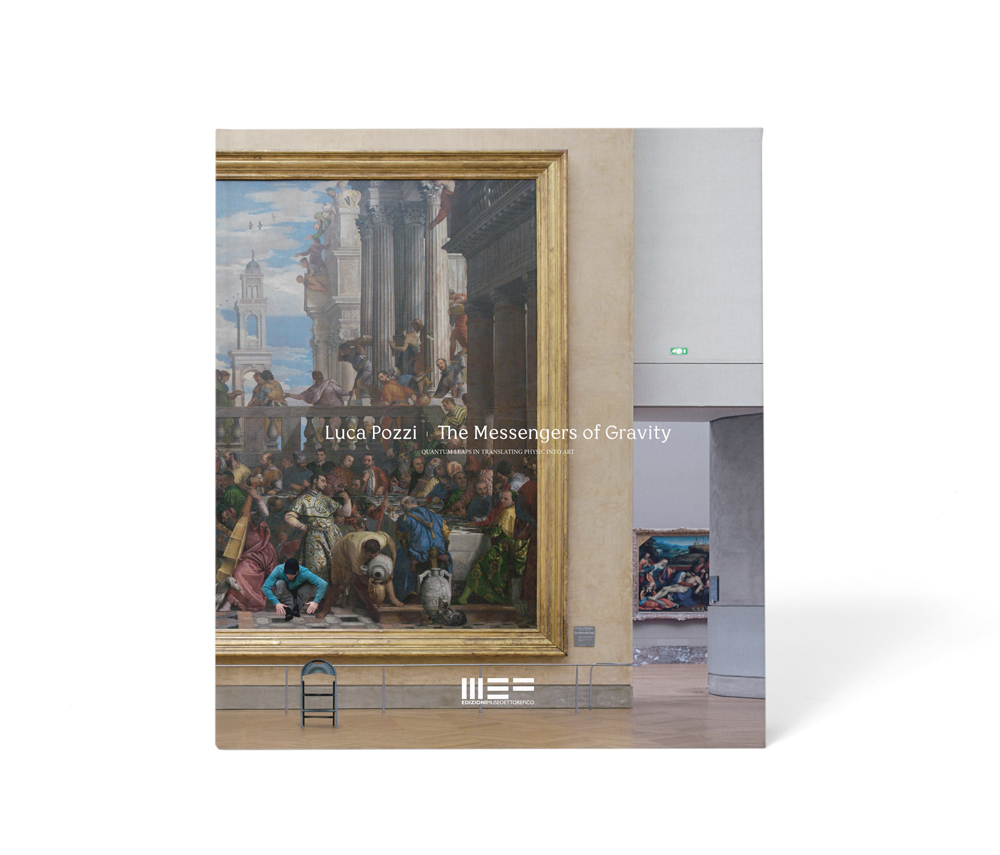