Inspired by Loop Quantum Gravity theoretical physics research and by the microscopic dimensions investigated by LHC (Large Hadron Collider) at CERN in Geneva, the Augmented Detector series is composed by dodecagonal anodized aluminum surfaces with 17 modules curved by hands and 34 ping-pong balls in magnetic suspension each, in order to create a floating tridimensional pictorial pattern, from which, through the use of a special AR App for smartphones, will emerge the third eye’s prophecy: an augmented reality phenomena designed as a sensor capable of perceiving the invisible forces that permeate the universe. 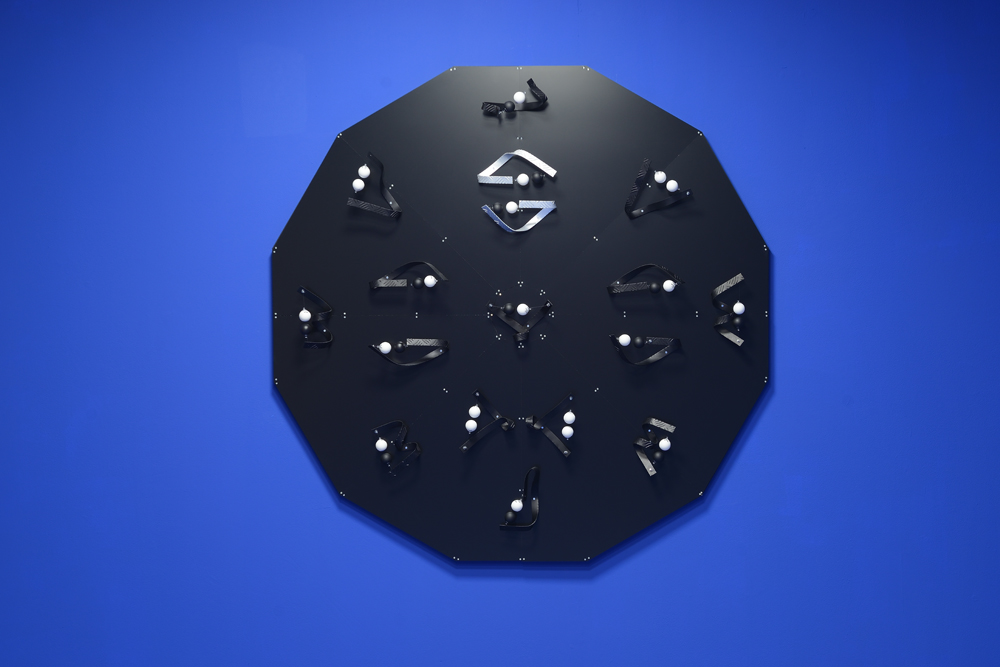 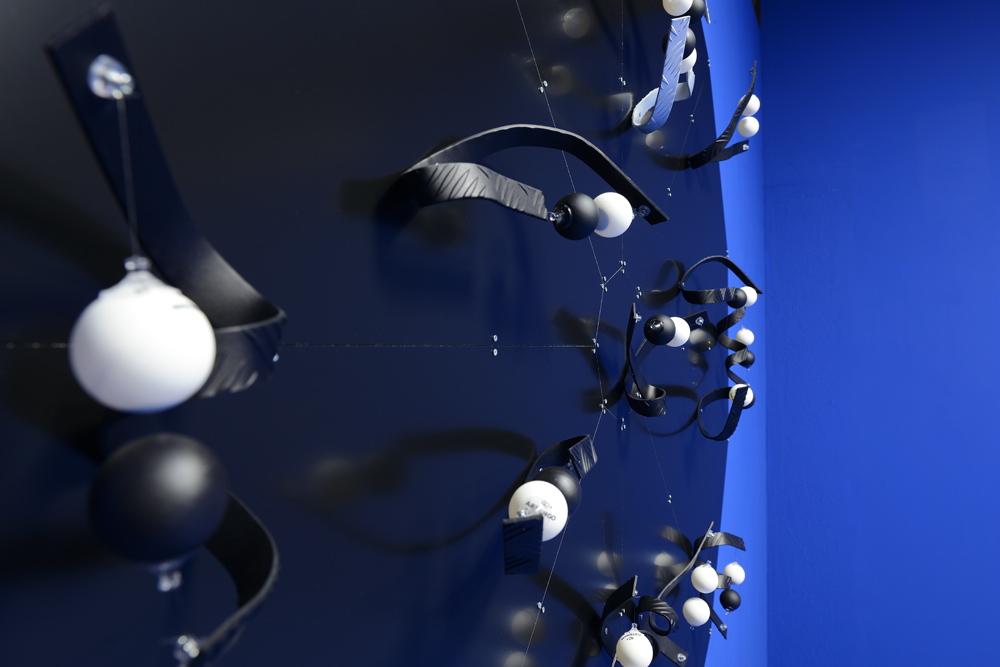