Realized as 3D animation, “The Big Jump Theory [0-137200000017]” is the second visualization of a new theory invented by Luca Pozzi under the Influence of the Fermi Large Area Telescope scientific community.

It has been transformed in the occasion of the “Blazing Quasi-Stellar Object” project at CERN, in a Screensaver downloadable from the NASA web site for scientists and general public.

“The starting point is a vacuum state, conceived as the famous white and grey Photoshop pattern. Then, appears a strange object, the primitive but contemporary technology for moving the body in space: a sneaker. The dynamics of the step and the loading of the jump distorts the void creating a powerful gravitational wave. The space-time becomes extremely curved, and wraps the entire surroundings, as if a majestic stone had been thrown into a lake, visualizing the emergence of the Fermi sky derived by analyzing data collected since 2008 by the NASA space mission in the Gamma Ray spectrum.”

The soundtrack, created by the Australian International Gravitational Observatory, has been realized processing datas, in order to define the noise produced by the gravitational waves generated by a giant Black Hole. 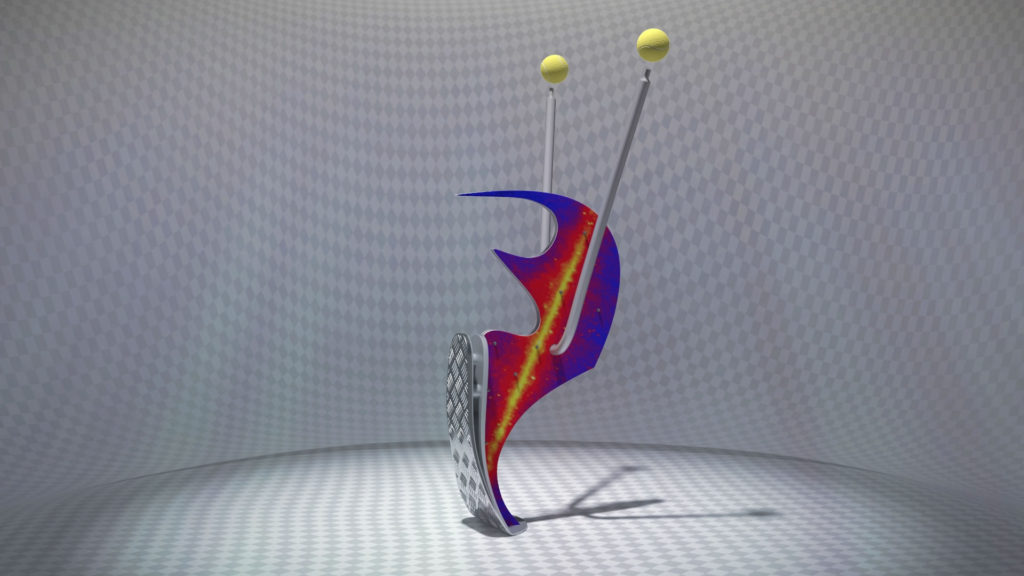 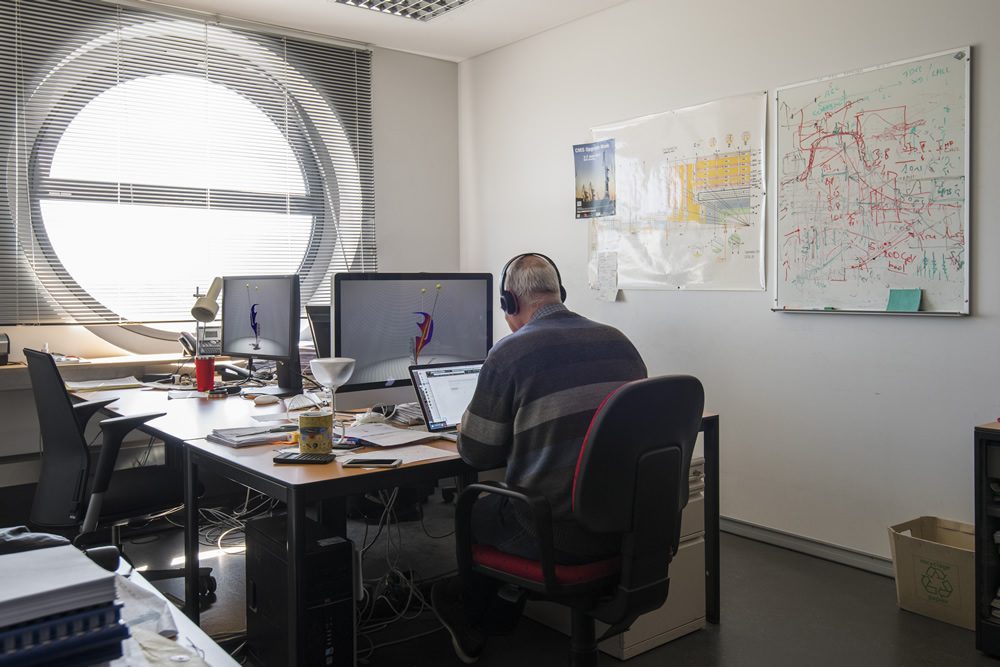 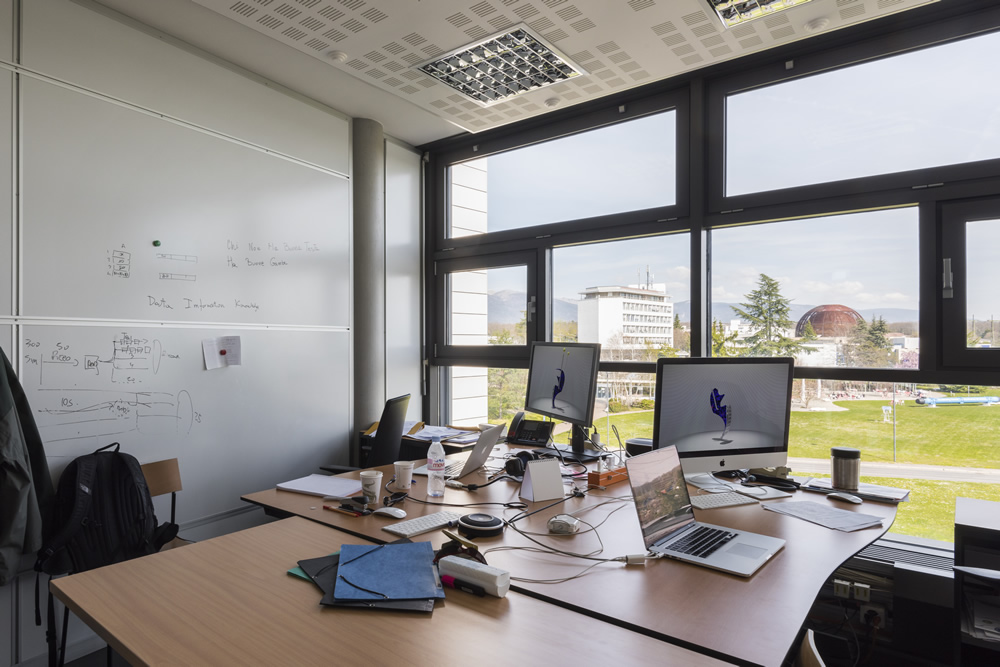 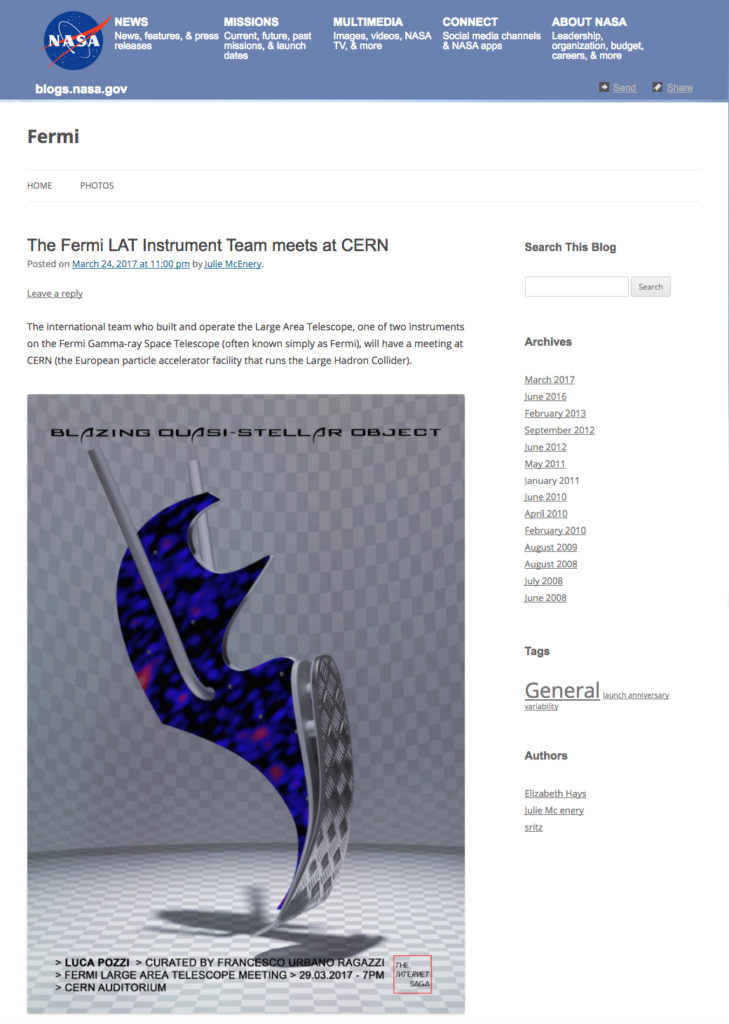