“The Third Eye Prophecy” is the result of a collaboration between INFN [Istituto Nazionale di Fisica Nucleare] and Luca Pozzi.

Intended as cross-disciplinary augmented reality application, presented as a logo, it has been designed on the occasion of the tenth anniversary of the Nasa Fermi Telescope mission and activated through a special light projection on the legendary dome of the Mole Antonelliana in Turin, from 11th to 15th June 2018.

The symbol, representing a third esoteric eye, with a large explosive pupil in the center, inscribed in an ovalized tennis ball, sets the ambitious goal of animate the iconic architecture and transform it simultaneously into a scientific experiment and a mythological Cyclopic figure.

A window to the city opened on the Fermi sky given to the world after an extraordinary first decade of scientific data collection. 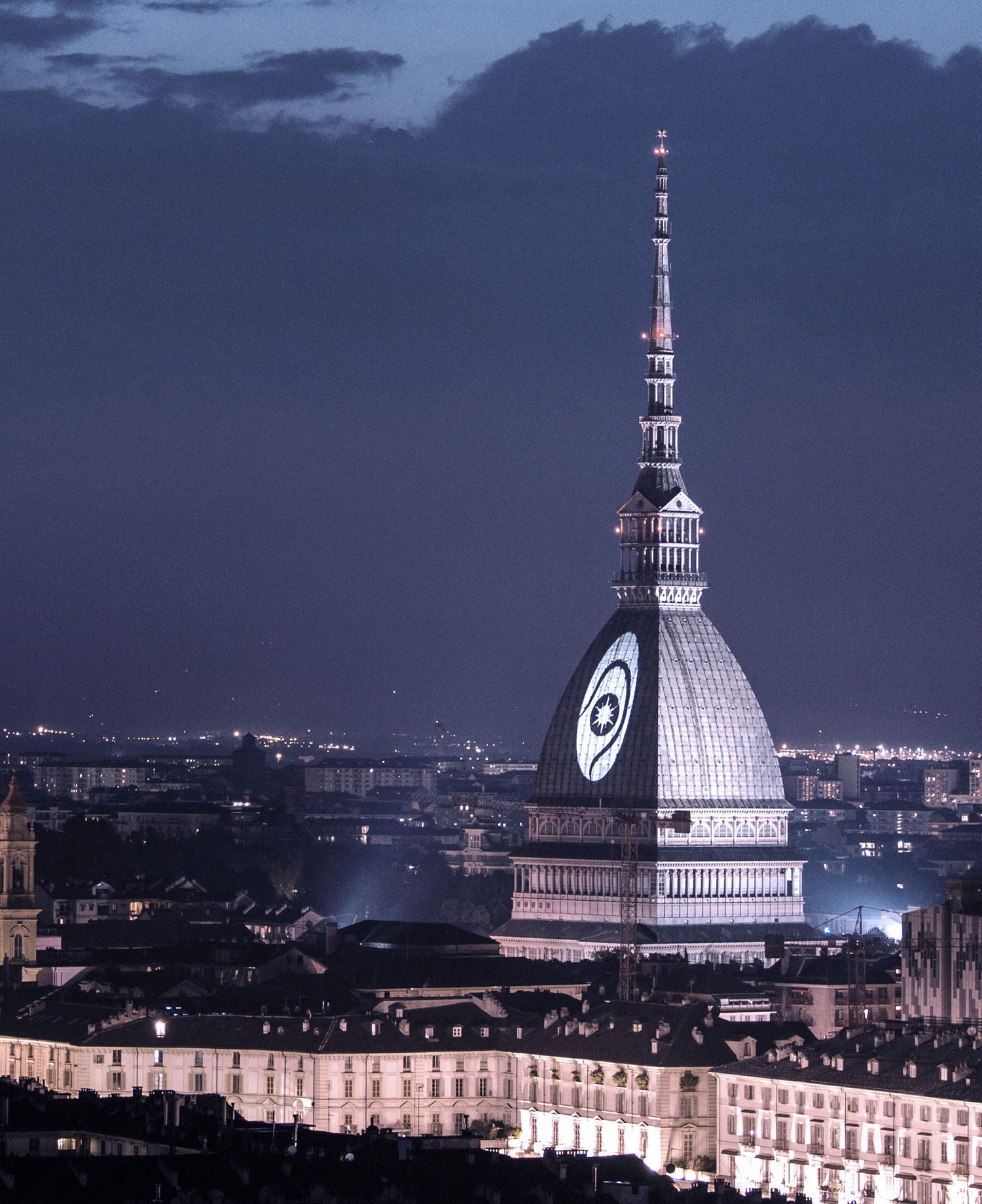