The “Mikey Explosion” is an Immersive 360° VR (movie set) environment, conceived to create parallel narratives and overlapping additional times and dimensions to the physical installation, through the use of the Blue Screen technology. The work teleports the visitors inside the legendary  “Man in Black” movie scene by Barry Sonnenfeld’s (1997), where an alien named Mikey is interrogated and then killed by two non-government agents on the border between Mexico and the United States. The blue screen surfaces become portals open to scenarios invisible to the naked eye. 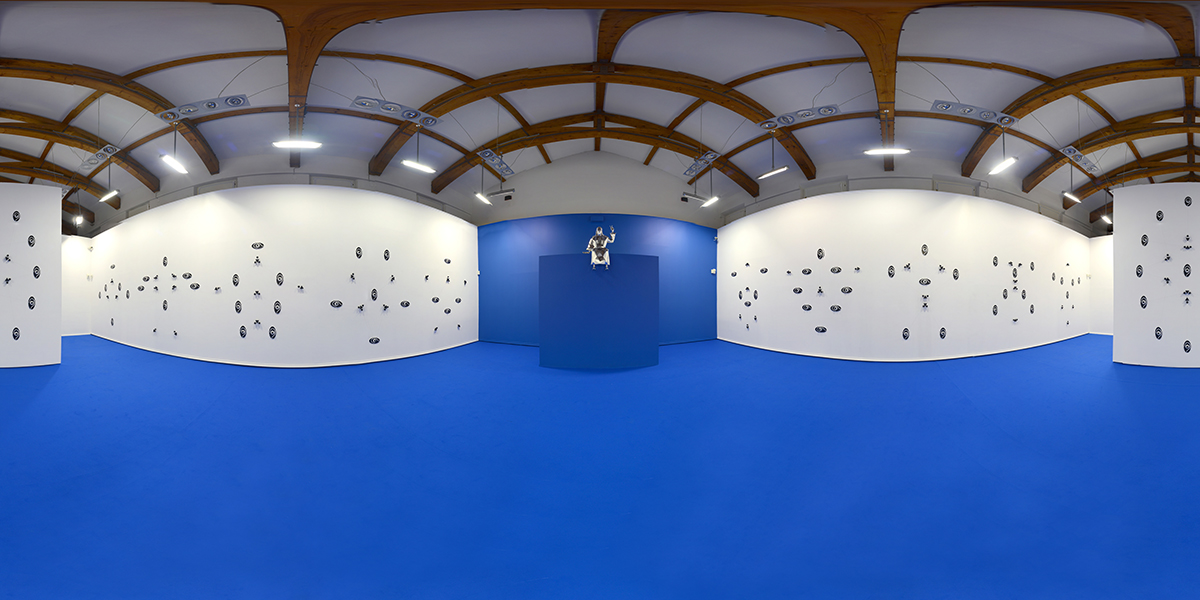 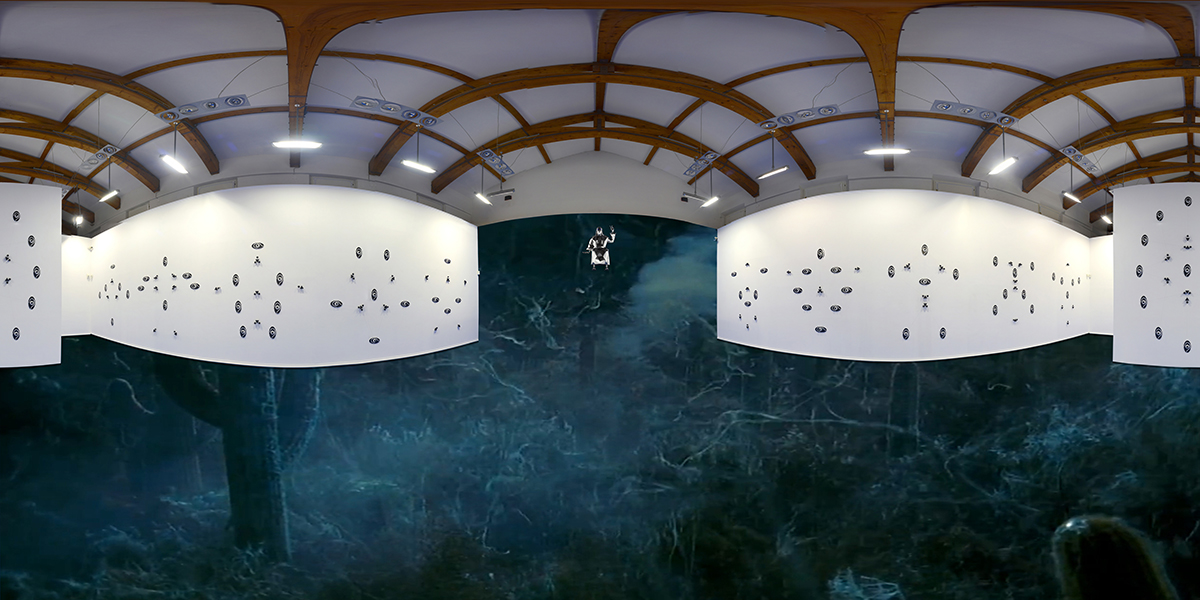