CARico MAssimo is pleased to present “Statement” the new project of Luca Pozzi.

The artist creates a hybrid exhibition proceeding on two parallel rails, the ephemerality of internet and the physicality of the real underground space, expanding the show in an augmented frame of reference. Even before the opening of the show, in fact, an after effects trailer it has been published in the home page of Luca Pozzi’s web site (www.lucapozzi.com) and shared on social networks.

The trailer is the digital graphic version of the artist’s “STATEMENT”conceived as overview of the complexity of the references included in Luca Pozzi’s multidisciplinary imagery:

“The space-time is an all-encompassing container, where everything is next to each other in a holistic sense. There is a strange feeling of frozen time. Past, present and future are indistinguishable. A series of multidisciplinary correspondences are converging into a beautiful network of pure and basic information beyond geographical, political and linguistic borders. The importance of the less intuitive aspects of our reality: quantum gravity, teleportation, entanglement, augmented reality, time travel, cosmology and biodiversity. The result of an unusual correlation between theoretical physics, informatics and contemporary art.”

The project is completed by a series of 3D animation “The big jump theory [0-137200000015”, projected directly on the walls and on the ceiling of the entire space and by digital objects materialized as hybrid sculptures “Gravity Shoes” and “Cyclop spring-8” in a crossroads of different stylistic directions between the popular genre of Scientific publication, the pure entertainment Pixar Style and video games. 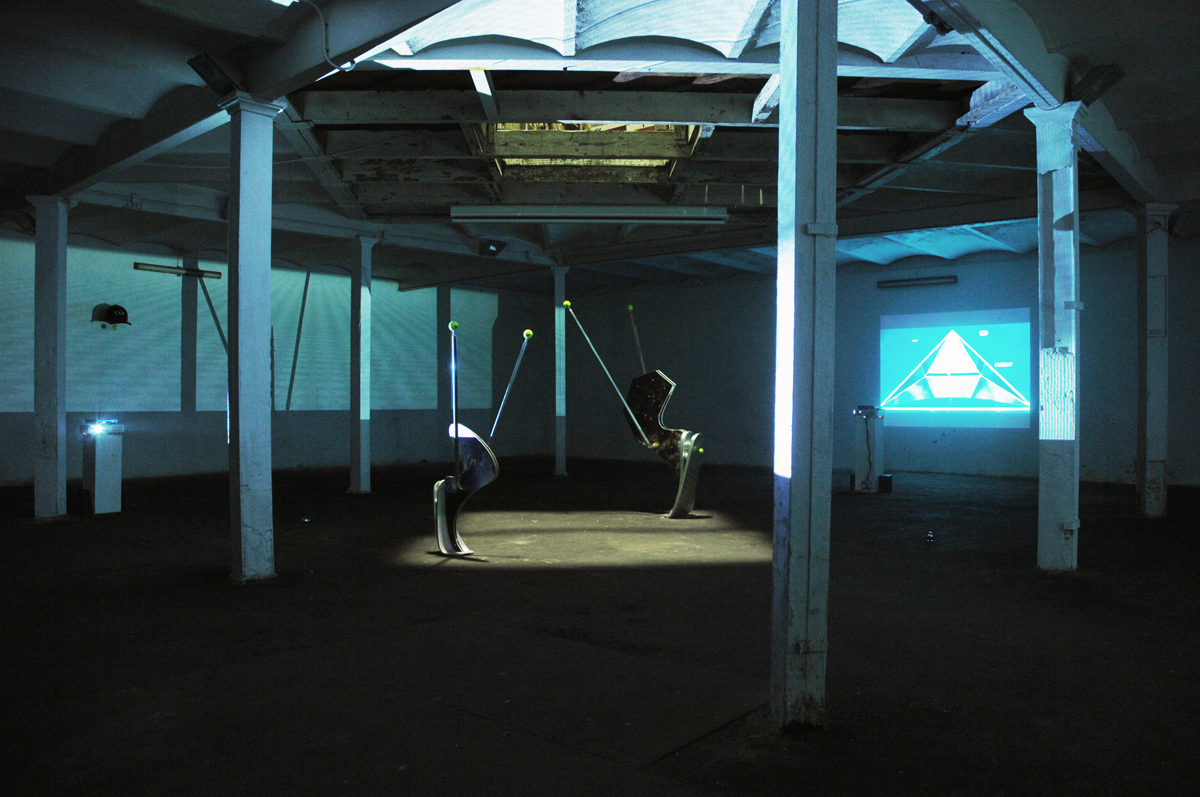 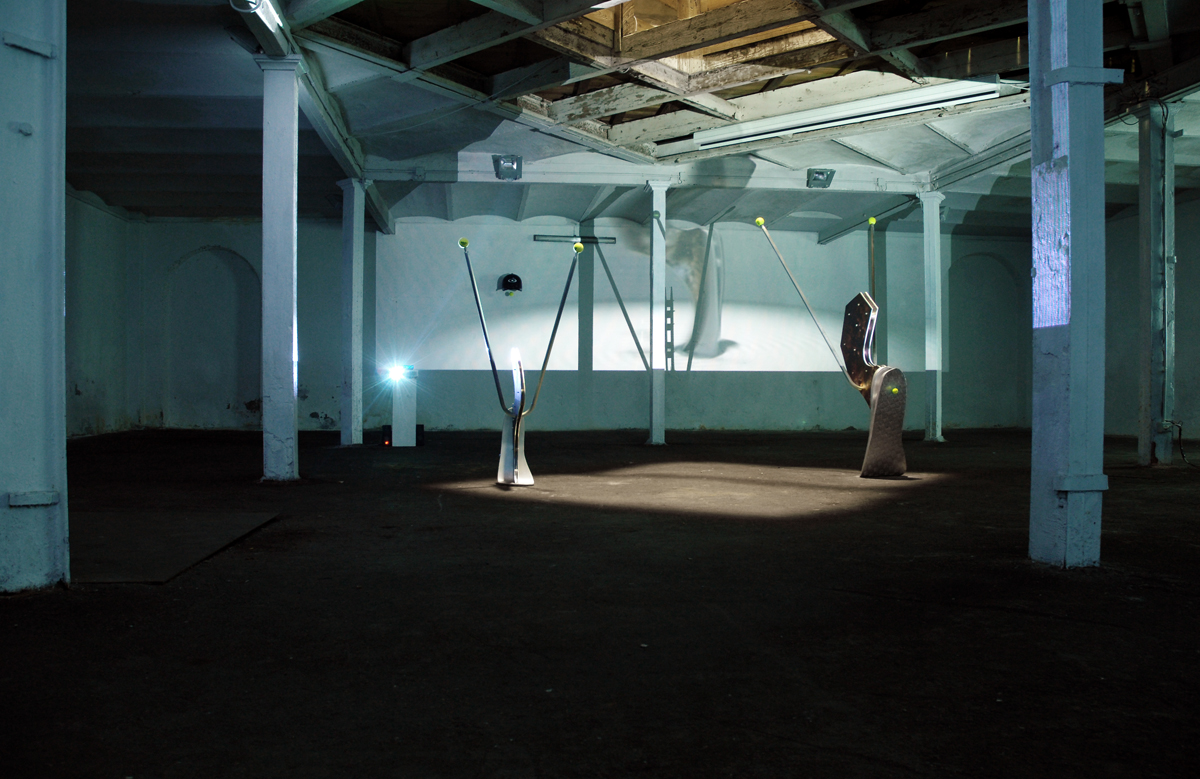 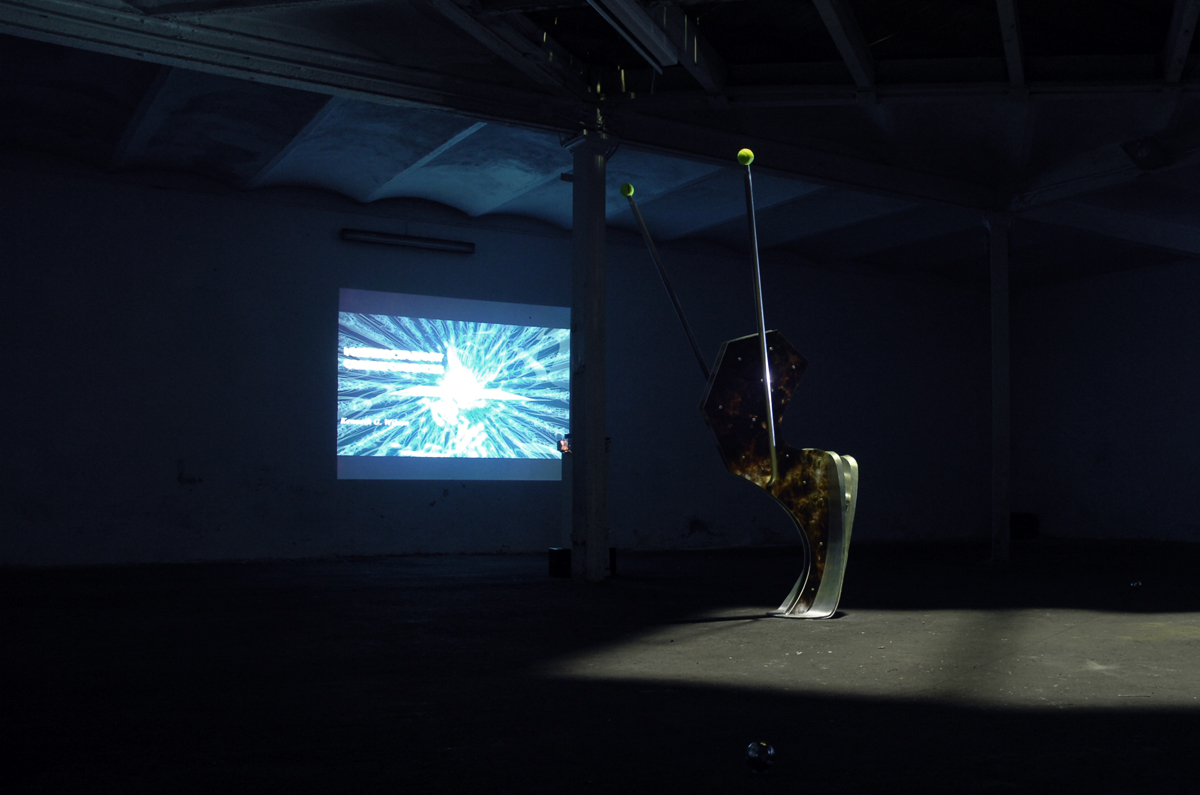 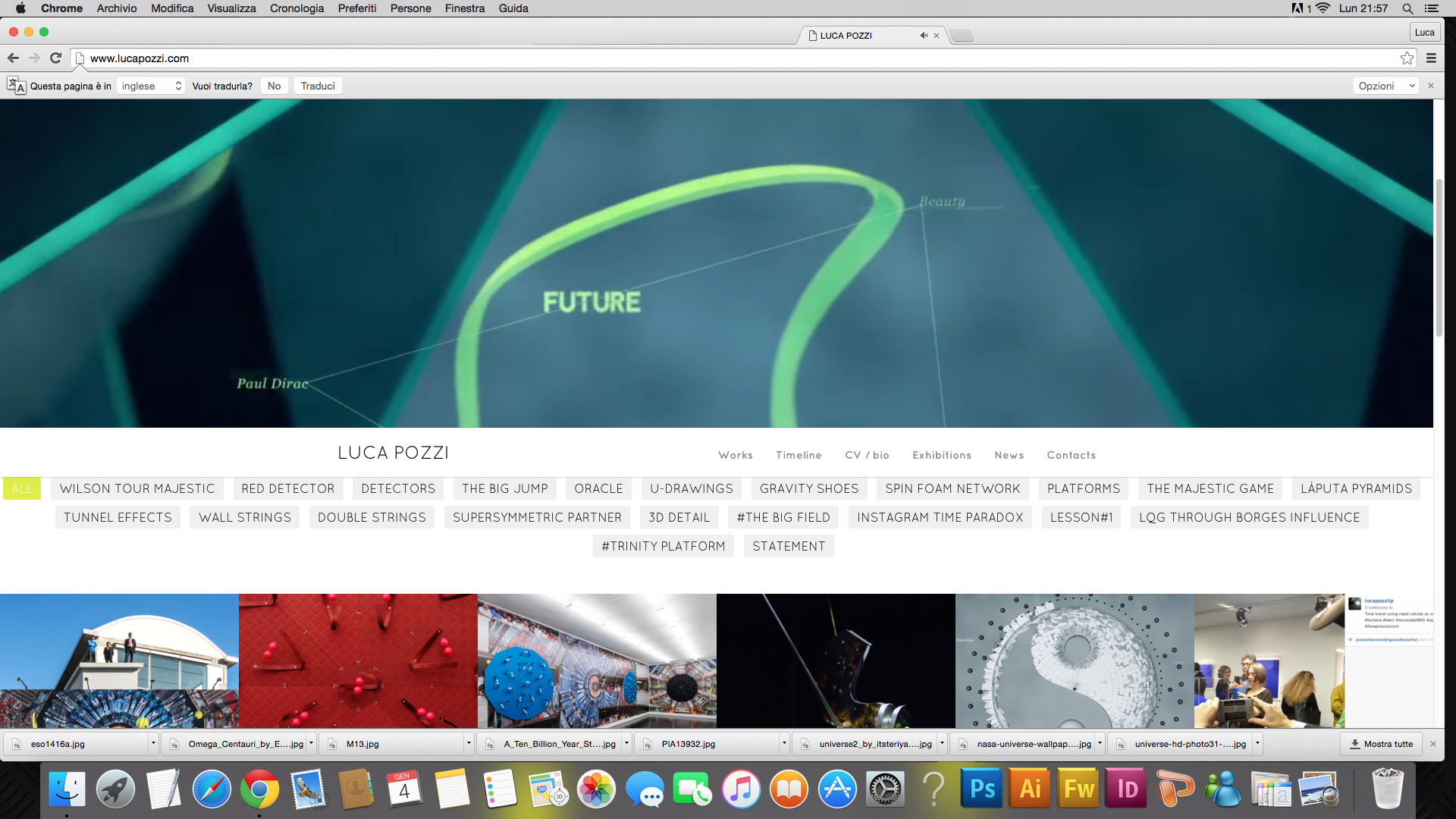 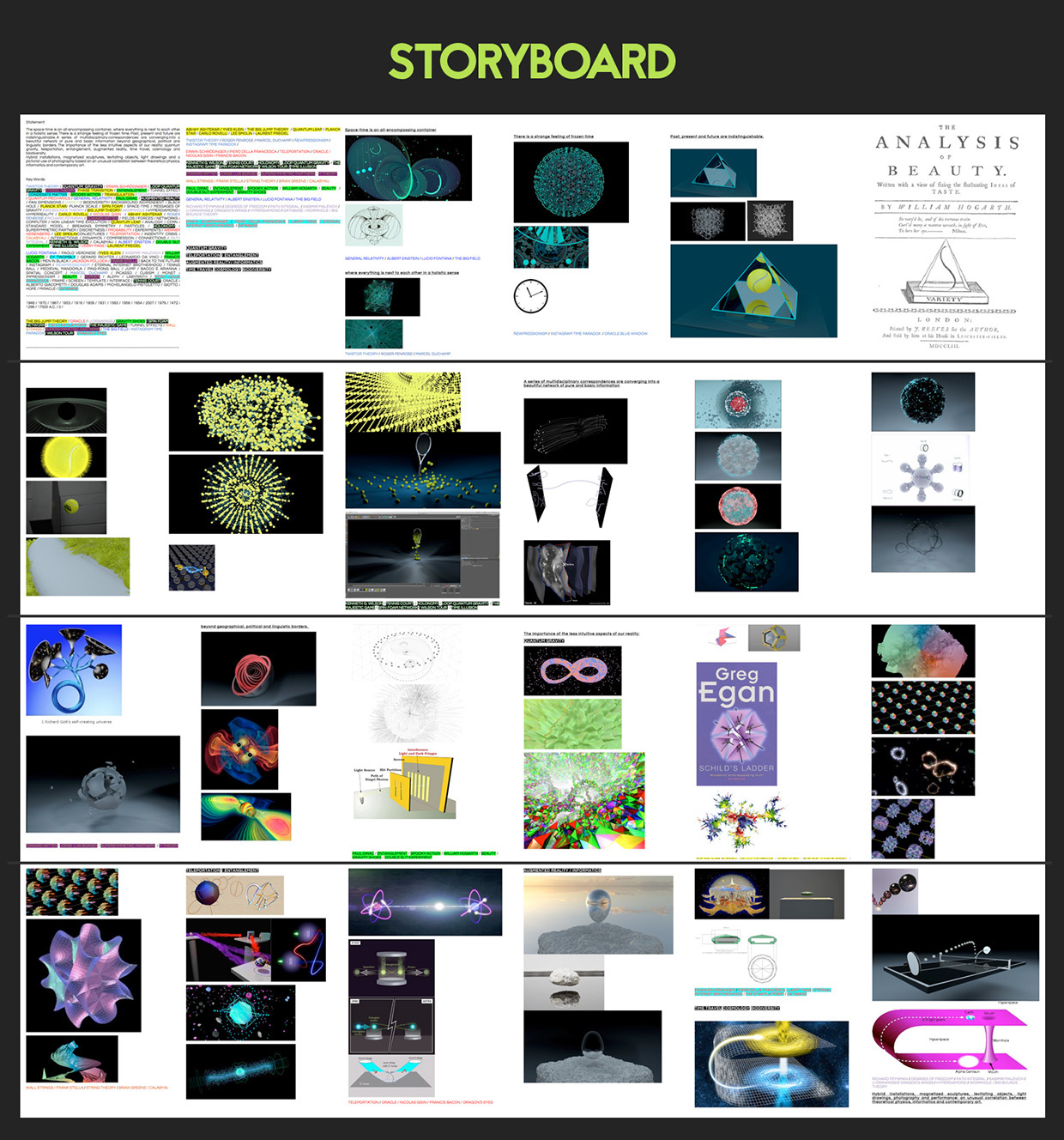 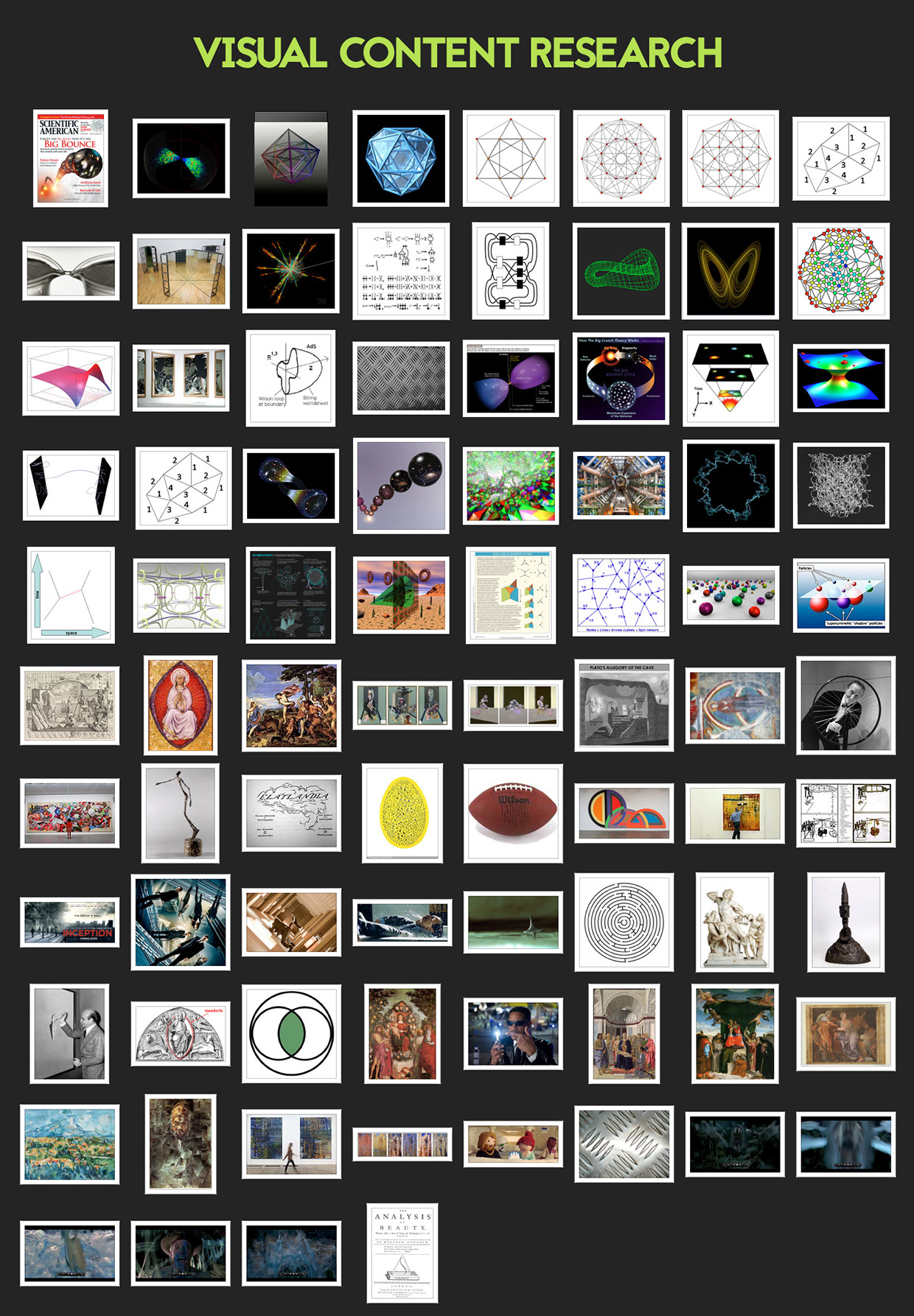 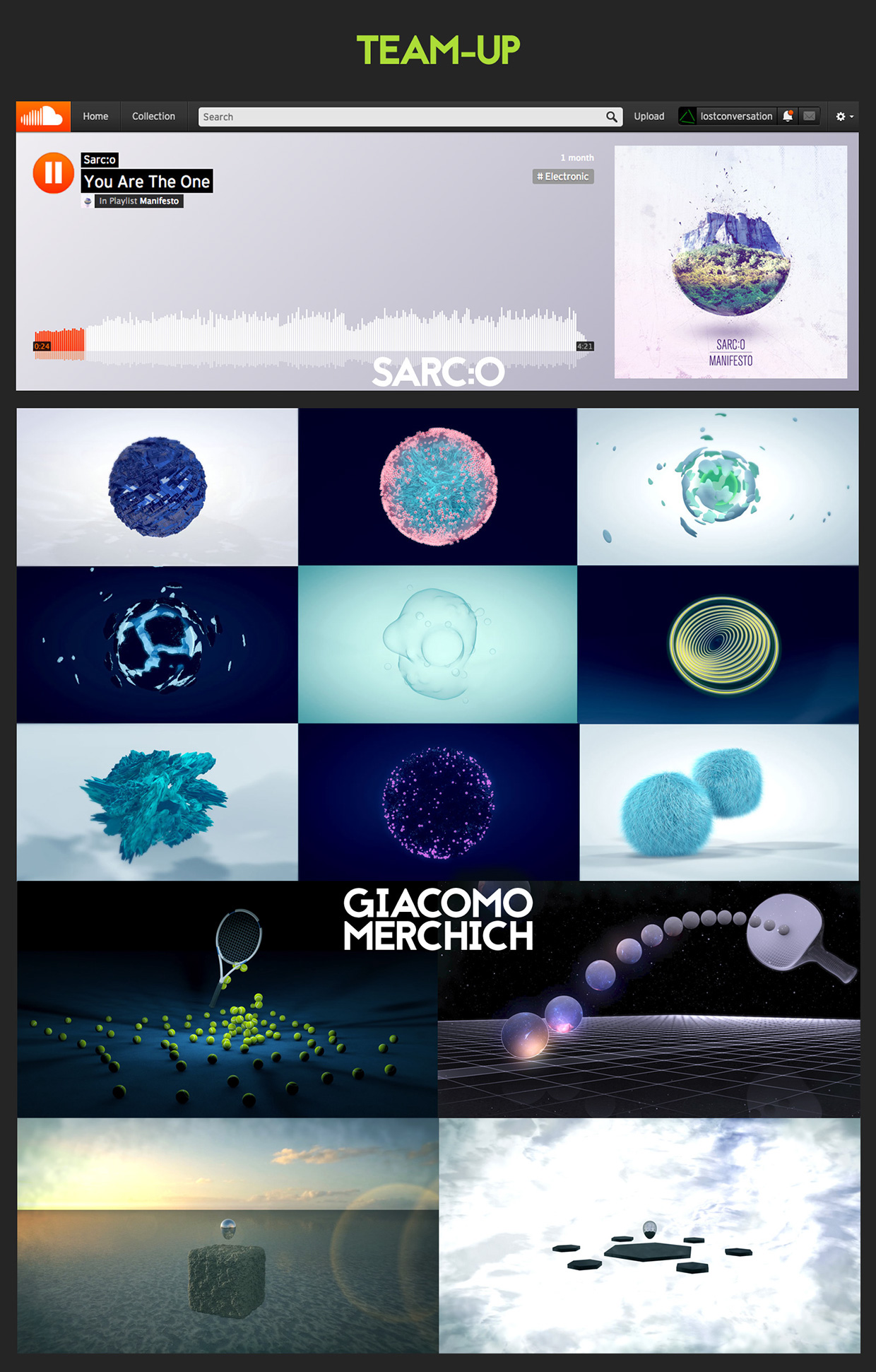 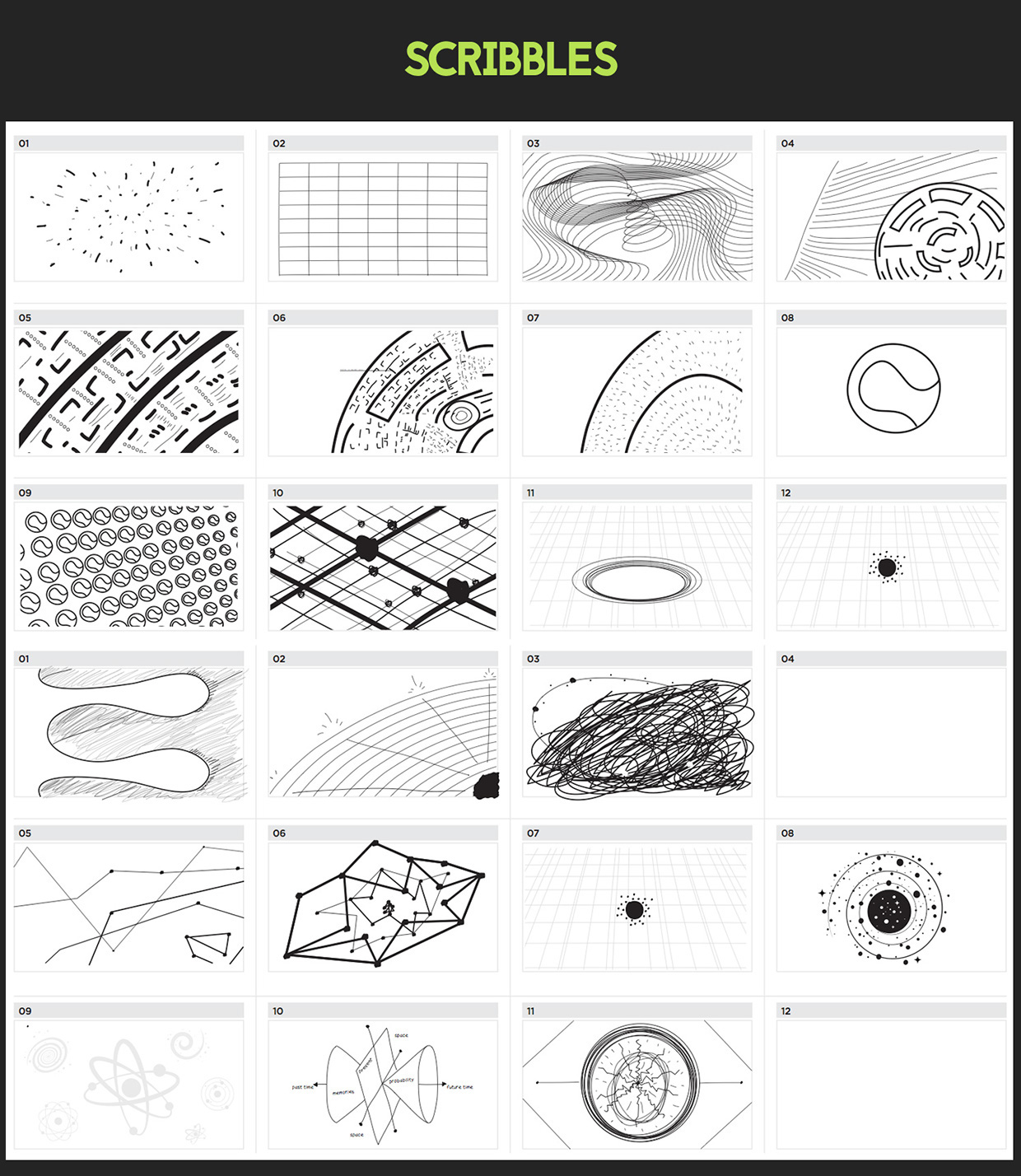 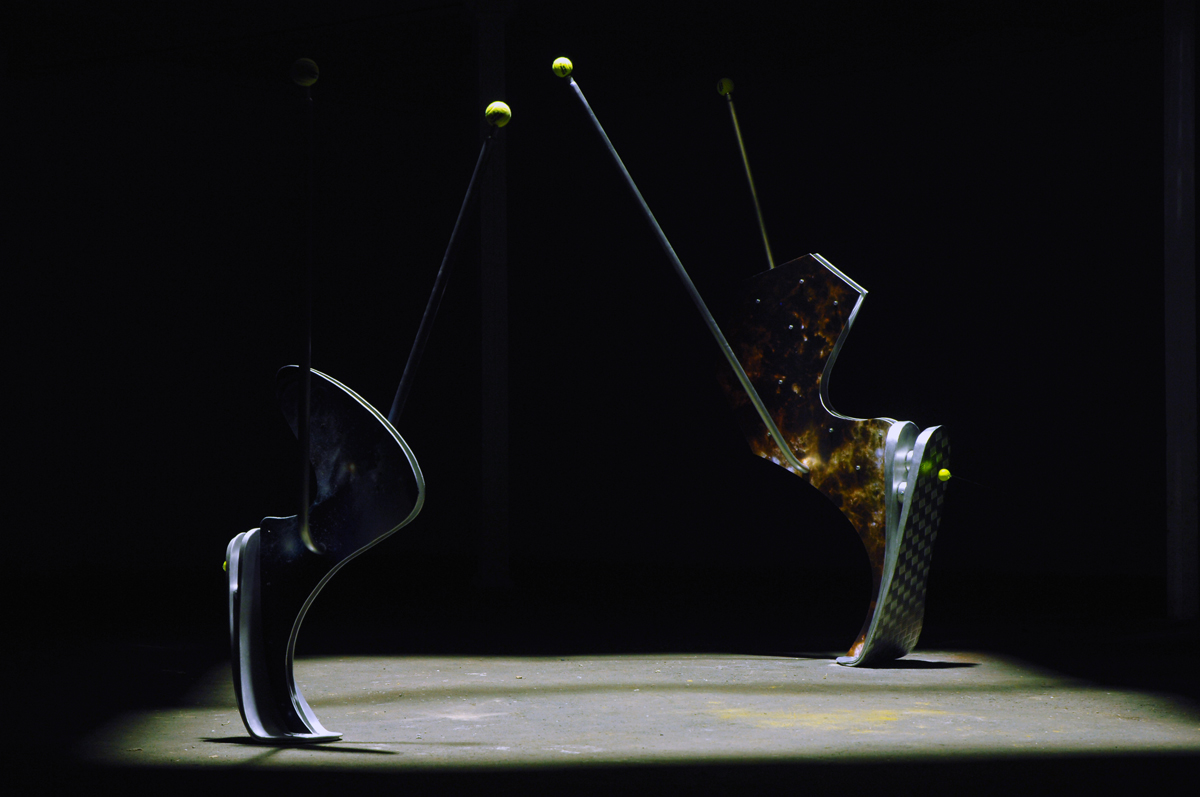 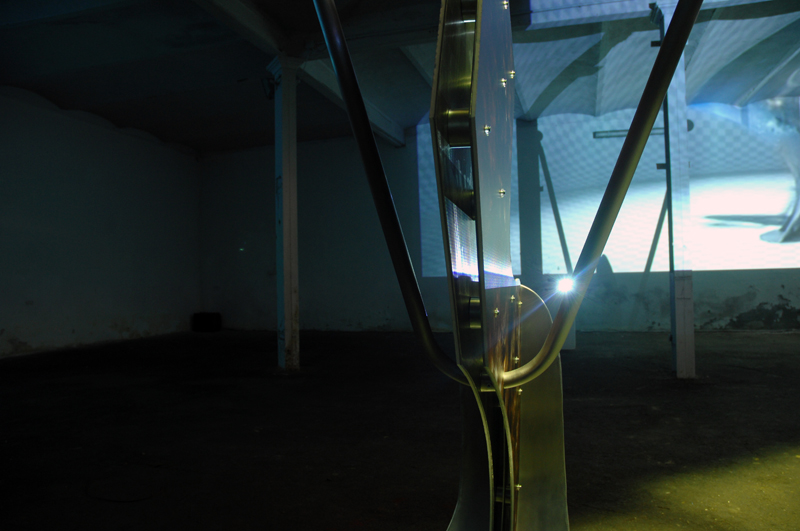 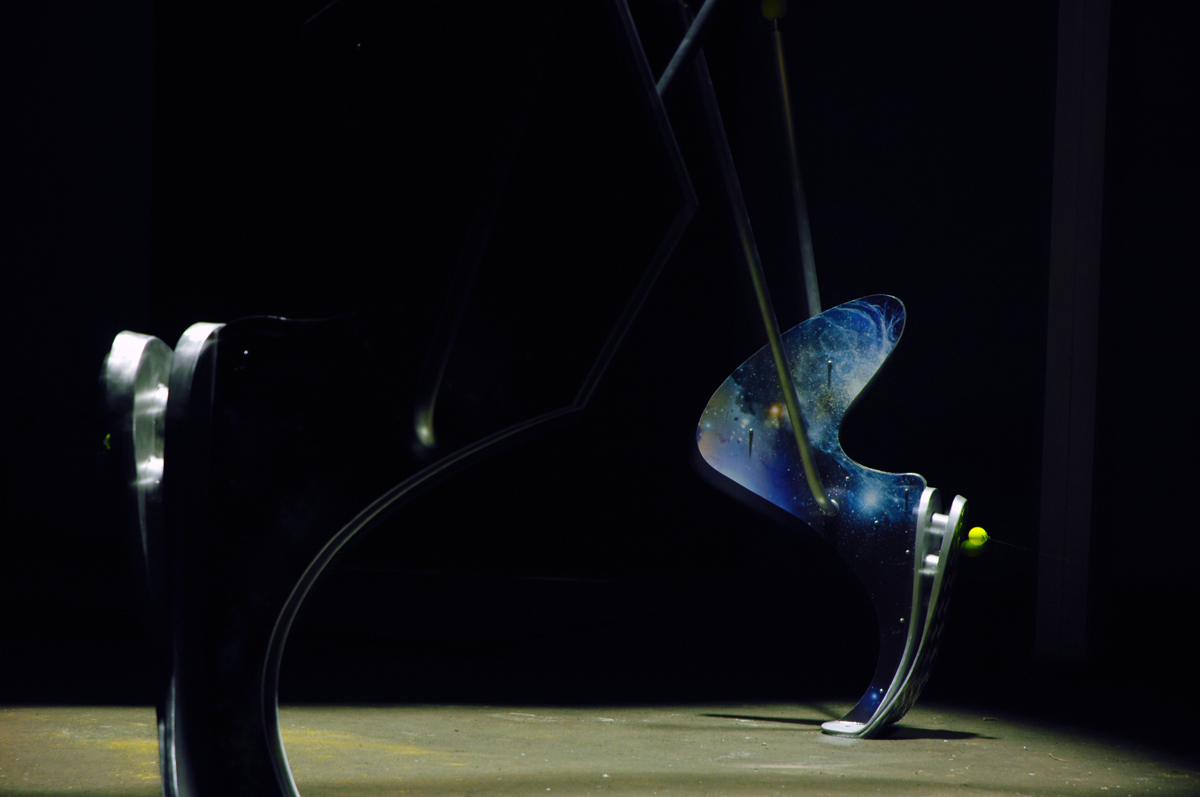 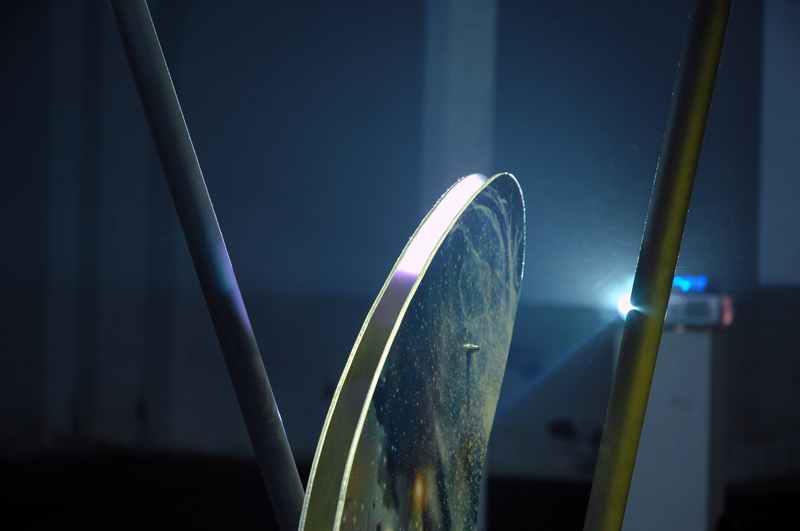 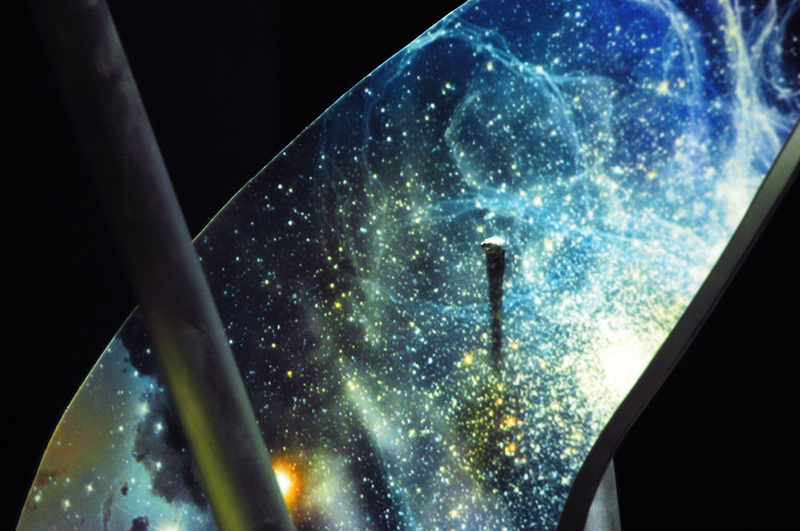 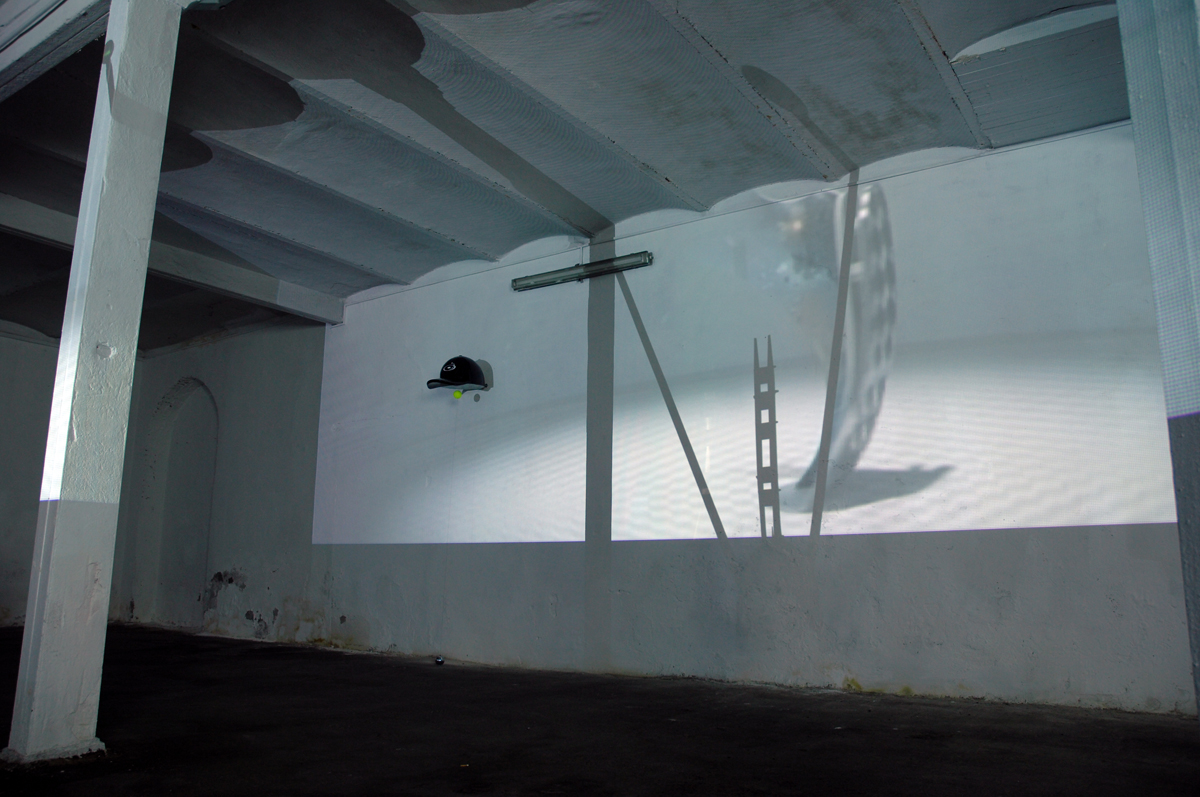 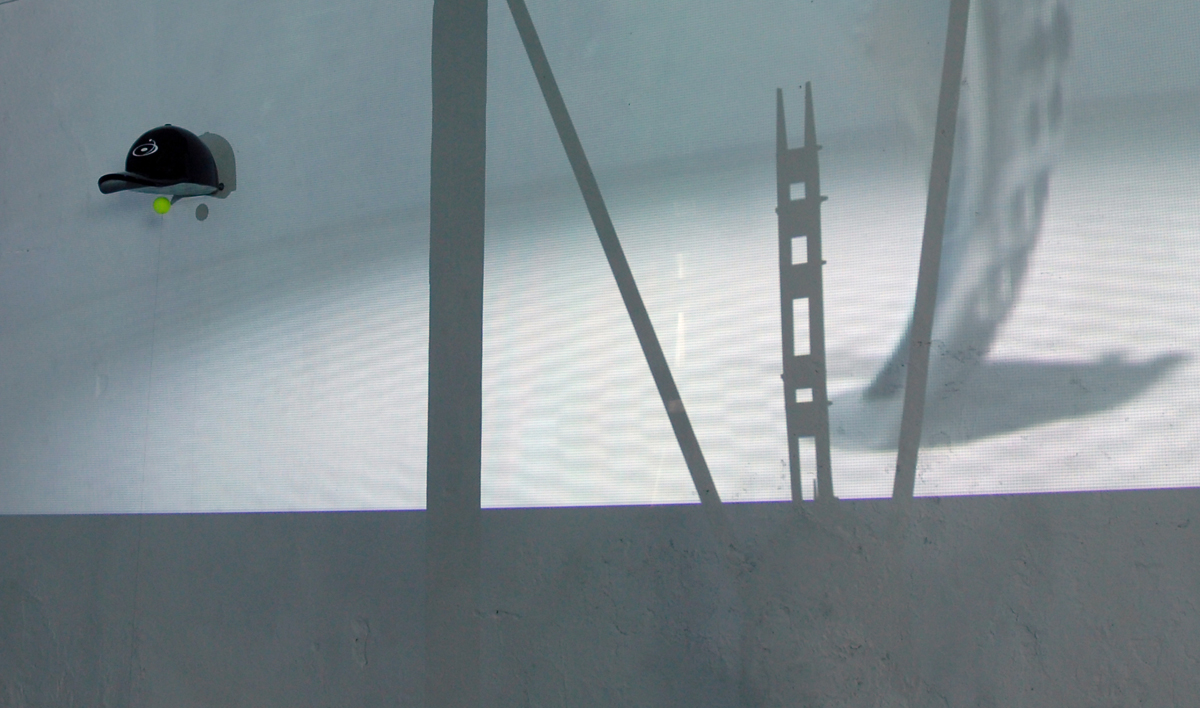 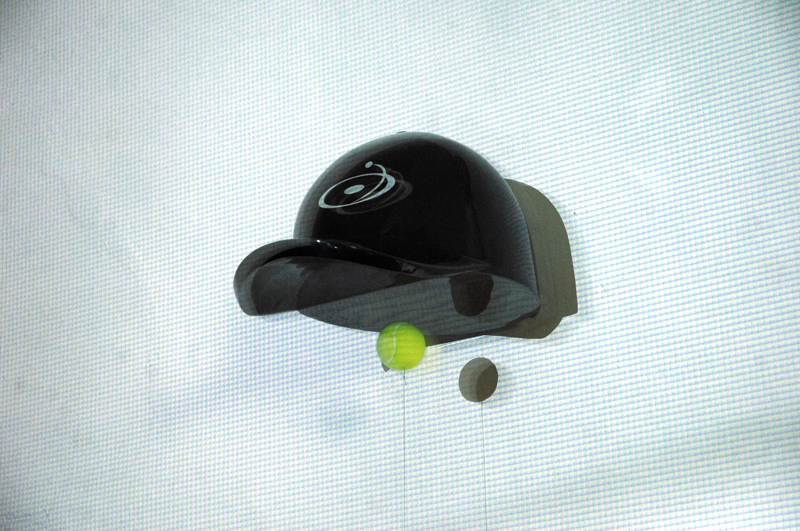 “The Big Bounce is a hypothetical scientific model of the formation of the known universe. It is implied by the cyclic model or oscillatory universe interpretation of the Big Bang where the first cosmological event was the result of the collapse of a previous universe.[1]

Big bounce models have a venerable history and were endorsed on largely aesthetic grounds by cosmologists including Willem de Sitter, Carl Friedrich von Weizsäcker, George McVittie and George Gamow (who stressed that “from the physical point of view we must forget entirely about the precollapse period”).[2] The phrase itself, however, did not appear in the scientific literature until 1987, when it was used in the title of a pair of articles (in German) in Stern und Weltraum by Wolfgang Priester and Hans-Joachim Blome.[3] It reappeared in 1988 in Iosif Rozental’s Big Bang, Big Bounce, a revised English translation of a Russian book (by a different title), and in a 1991 article (in English) by Priester and Blome in Astronomy and Astrophysics. (The phrase apparently originated as the title of a novel by Elmore Leonard in 1969, a few years after increased public awareness of the Big Bang model in the wake of the discovery of the cosmic microwave background by Penzias and Wilson.)

According to some oscillatory universe theorists, the Big Bang was simply the beginning of a period of expansion that followed a period of contraction. In this view, one could talk of a Big Crunch followed by a Big Bang, or more simply, a Big Bounce. This suggests that we could be living at any point in an infinite sequence of universes, or conversely the current universe could be the very first iteration. However, if the condition of the interval phase “between bounces”, considered the ‘hypothesis of the primeval atom’, is taken into full contingency such enumeration may be meaningless because that condition could represent a singularity in time at each instance, if such perpetual return was absolute and undifferentiated.

The main idea behind the quantum theory of a Big Bounce is that, as density approaches infinity, the behavior of the quantum foam changes. All the so-called fundamental physical constants, including the speed of light in a vacuum, need not remain constant during aBig Crunch, especially in the time interval smaller than that in which measurement will ever be possible (one unit of Planck time, roughly 10−43 seconds) spanning or bracketing the point of inflection.

If the fundamental physical constants were determined in a quantum-mechanical manner during the Big Crunch, then their apparently inexplicable values in this universe would not be so surprising, it being understood here that a universe is that which exists between aBig Bang and its Big Crunch.

The Big Bounce Models, however do not explain much about that how the currently expanding universe will manage to contract. This constant and steady expansion is explained by NASA through the Metric expansion of space.

Martin Bojowald, an assistant professor of physics at Pennsylvania State University, published a study in July 2007 detailing work somewhat related to loop quantum gravity that claimed to mathematically solve the time before the Big Bang, which would give new weight to the oscillatory universe and Big Bounce theories.[4]

One of the main problems with the Big Bang theory is that at the moment of the Big Bang, there is a singularity of zero volume and infinite energy. This is normally interpreted as the end of the physics as we know it; in this case, of the theory of general relativity. This is why one expects quantum effects to become important and avoid the singularity.

However, research in loop quantum cosmology purported to show that a previously existing universe collapsed, not to the point of singularity, but to a point before that where the quantum effects of gravity become so strongly repulsive that the universe rebounds back out, forming a new branch. Throughout this collapse and bounce, the evolution is unitary.”