The Installation has been realized for the Marrakech Biennial, it is composed by six black platforms connected by a continuous flow of white florescent light, arranged on a total surface of 25 m², in order to keep on fluctuations, five luminescent sponges and one polished aluminum egg. 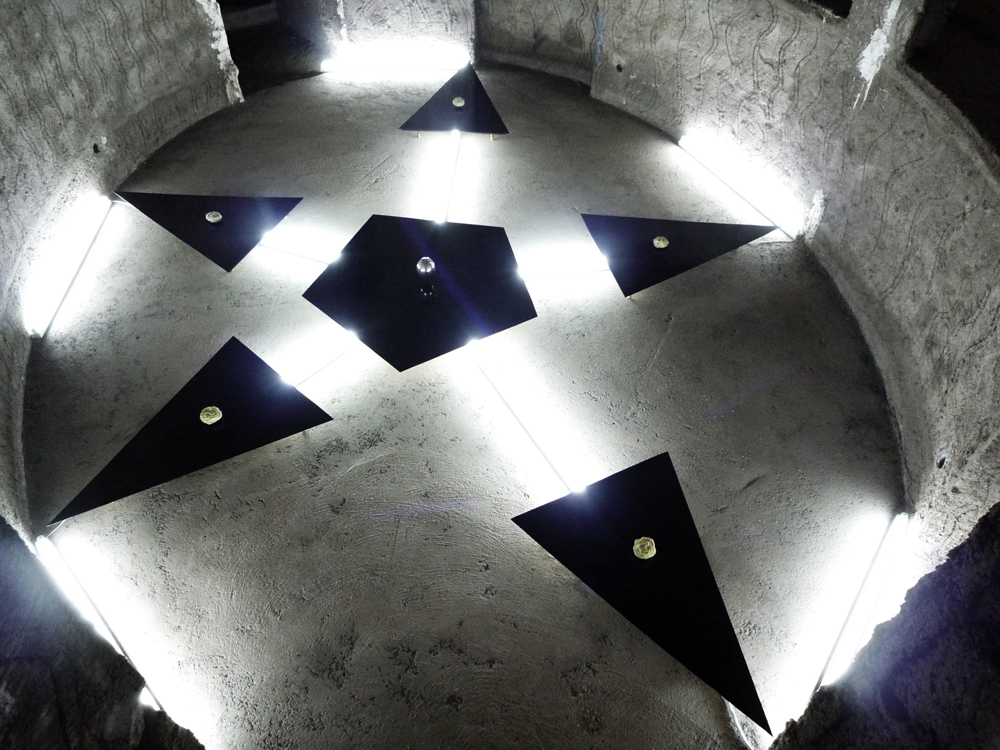 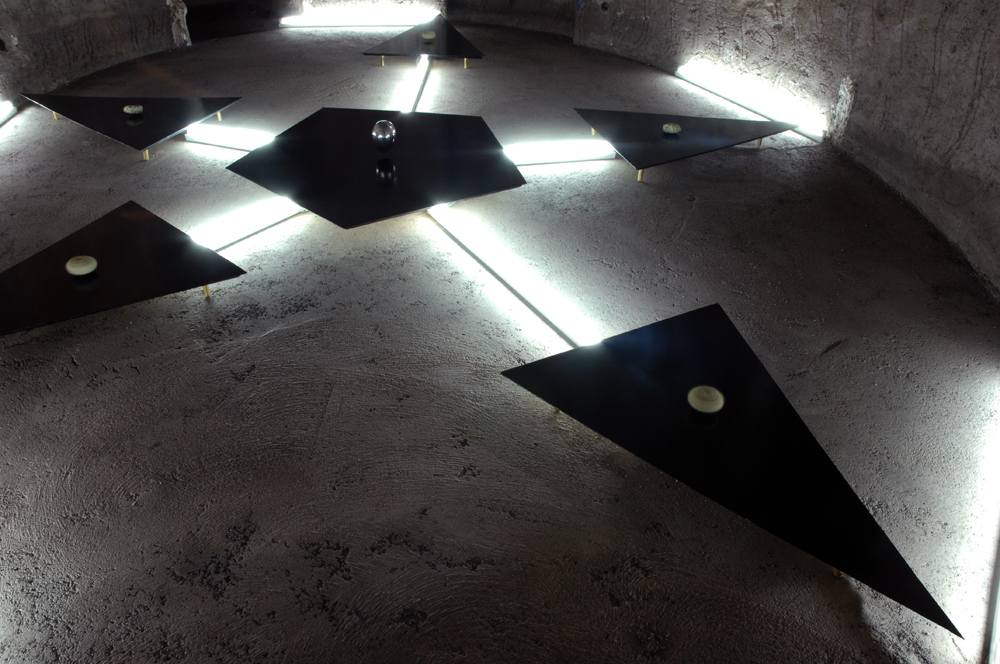 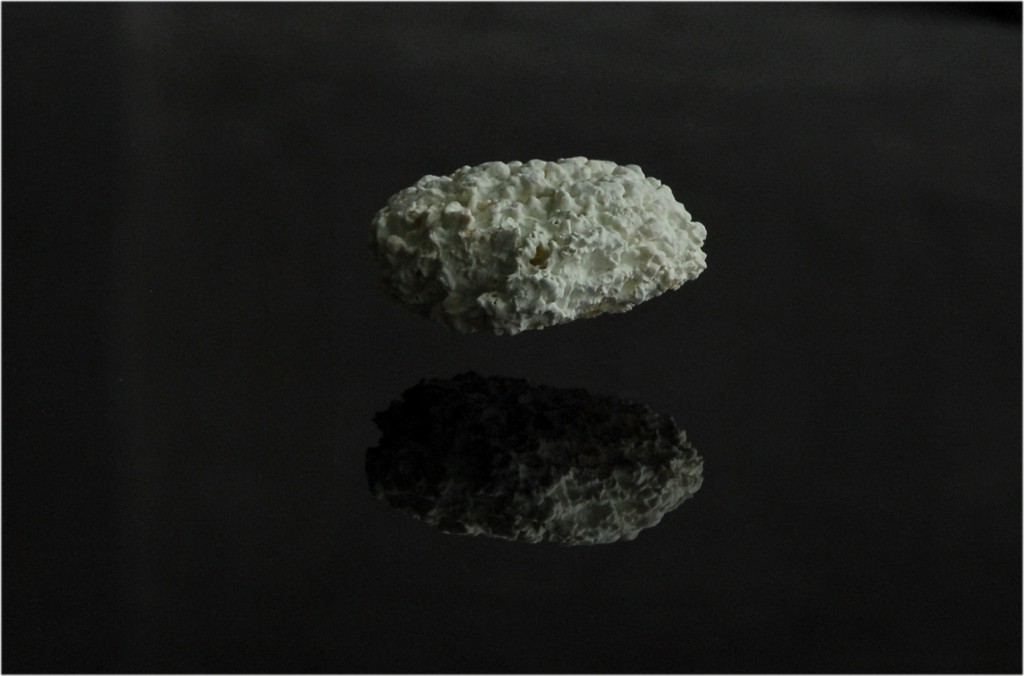 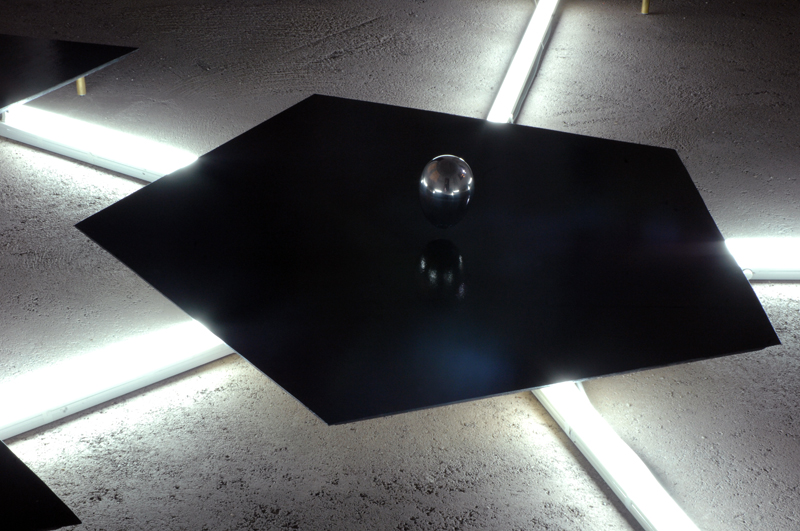 The Barrett–Crane model is a model in quantum gravity which was defined using the Plebanski action.[1][2]

field in the action is supposed to be a

-valued 2-form, i.e. taking values in the Lie algebra of a special orthogonal group. The term

in the action has the same symmetries as it does to provide the Einstein–Hilbert action. But the form of

is not unique and can be posed by the different forms:

is the tetrad and

is the antisymmetric symbol of the

The Plebanski action can be constrained to produce the BF model which is a theory of no local degrees of freedom. John W. Barrett and Louis Crane modeled the analogous constraint on the summation over spin foam.

The Barrett–Crane model on spin foam quantizes the Plebanski action, but its path integral amplitude corresponds to the degenerate

field and not the specific definition

which formally satisfies the Einstein’s field equation of general relativity. However, if analysed with the tools of loop quantum gravity the Barrett–Crane model gives an incorrect long-distance limit [1], and so the model is not identical to loop quantum gravity.