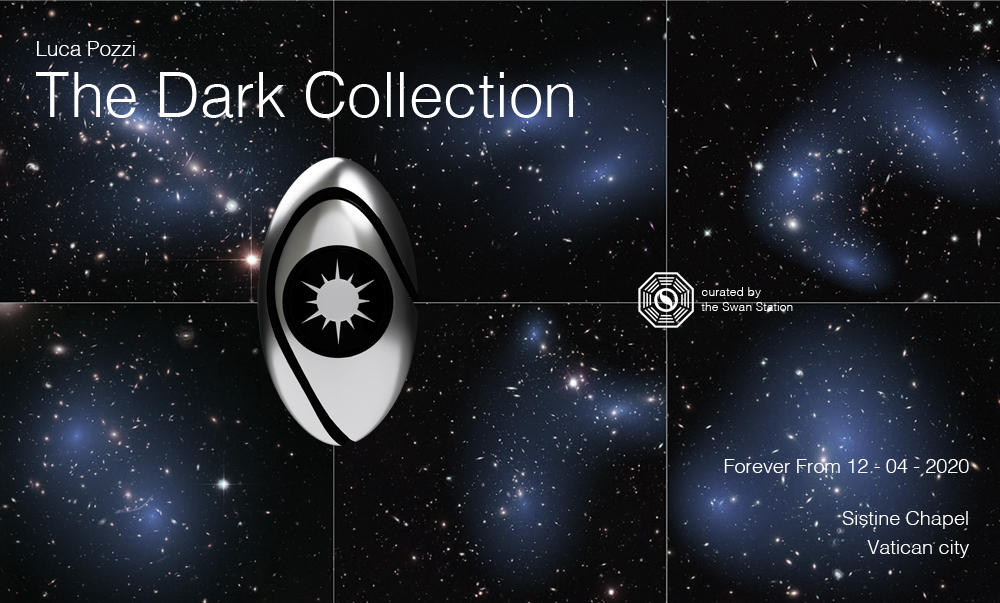 After the episode inaugurated on December 25th 2019, at the Pinacoteca di Brera in Milan, the process of teleporting digital sculptures by Pozzi continues at the Sistine Chapel, in the heart of the Vatican City during the Covid-19 emergency.

The latest version of the Android application for Smartphones will be downloadable directly from the artist’s website*, and released on the occasion of the Easter celebration.

Called the “Dark Collection” and installable for free on your device, it will make visible a series of thirteen 3D graphics sculptures named “Third Eye Prophecy”, within the spaces of the Sistine Chapel frescoed by Italian Renaissance masters, effectively constituting an alternative exhibition.

A unique immersive environment, that one of the Chapel, designed as a visual Theory of everything, inscribed in the measurements of the ancient Jerusalem temple, and that, starting from April 12th, 2020, it will grow by a parallel immaterial dark collection, donated by the artist to the Christian community in a moment of profound health, identity and economic crisis, without leaving his home and respecting the quarantine.

Accustomed to the creation of environmental installations focused on time distortion experiences and entangled correlations in historical locations, Luca Pozzi, in this case too, inserts himself as a mathematical operator, as a function of connectivity within a complex multi-dimensional and multi-temporal system. He envisions the Sistine Chapel as a hyper-technological device to intertwine simultaneously 3 distinct time loops: that one of the Genesis (infinite past – Ceiling) that one of the Old and the New Testament (Infinite present / North, South and East walls) and that one of the Universal Judgment (Infinite Future – West Wall).

Through the Target image technology and the Unity programming language for video games, he geolocates, among the layered narratives projected in every direction, a series of floating presences able to reflect, connect and multiply the two-dimensional information stored on the surfaces of the architecture.

This is how, for example, between Domenico Ghirlandaio’s “Passage of the Red Sea” and Cosimo Rosselli’s “The Delivery of the Tables of the Law”; between Perugino’s “Baptism of Christ” and Botticelli’s “Temptations”; as well as between the scenes of the “Universal Judgment” and the “Stories of Genesis” by Michelangelo, will appear quasi-objects, alien to their context.

They are tennis balls ovalized by the speed with an explosive pupil in the center, imagined by Luca Pozzi as a sort of quantum contemporary prophets.

Inspired by the Loop Quantum Gravity theory by Carlo Rovelli, Abhay Ashtekar and Lee Smolin of the late 1980s and early 1990s and by Multi-Messenger cosmology, based on the study of Gravitational Waves, Neutrinos, Gamma Rays, and Dark Matter, with “The Dark Collection” Luca Pozzi superimposes 3 research fields, attempting an interdisciplinary visual bridge between theoretical physics, theology and experimental physics.

A series of intangible sculptures that do not exist a priori, but which stand out in every place and at all times, thanks to the perspective alignment of the spectators who, becoming real detectors, connect distant realities and access a network of pure information.

The Show can be seen visiting the Sistine Chapel in the Vatican City Or navigating the official virtual tour of the Vatican Museum: http://www.museivaticani.va/content/museivaticani/it/collezioni/musei/cappella-sistina/tour-virtuale.html